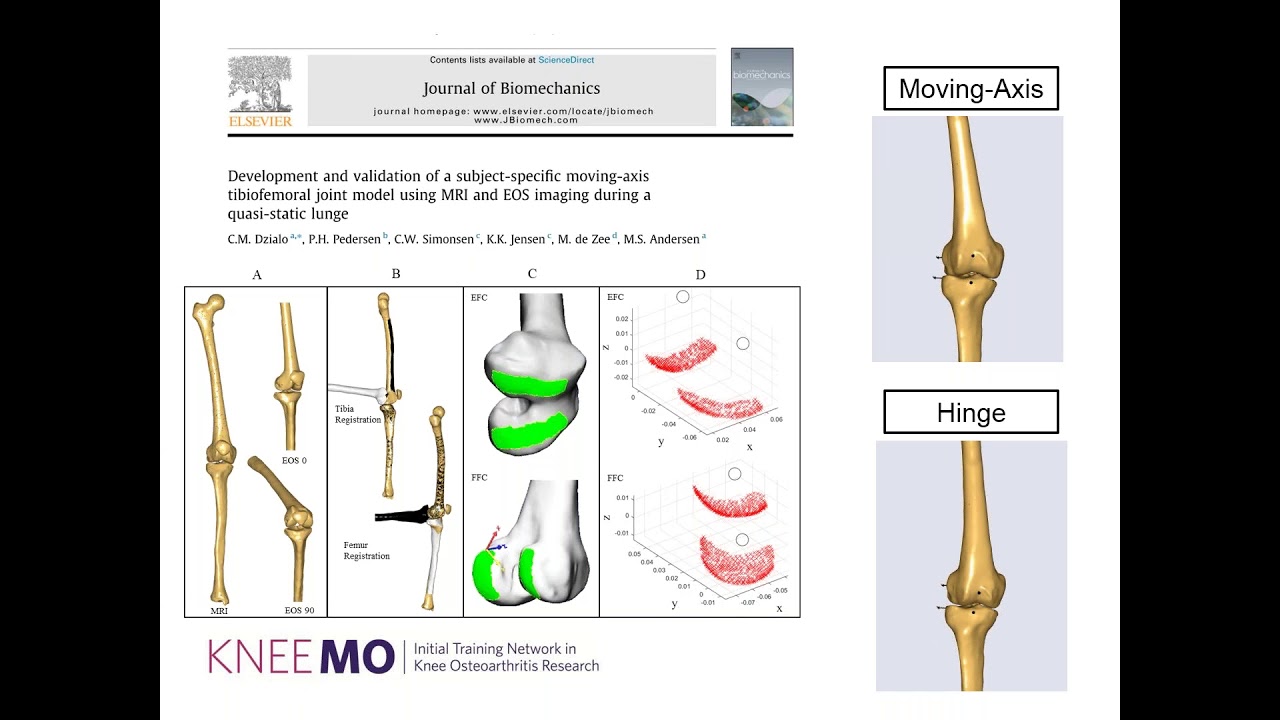 In this webcast, Associate Professor Michael Skipper Andersen and PhD Kimmo Halonen will present a new method of combining musculoskeletal (MS) modeling with finite element (FE) analysis to study the effect of gait modifications on the stresses in the medial tibial cartilage. The webcast shows some of the most advanced and cutting-edge research involving the AnyBody Modeling System for musculoskeletal modeling. The work was recently published in Nature Scientific Reports.
Background:
Knee osteoarthritis (KOA) is most common in the medial tibial compartment; early interventions therefore aim to unload the medial compartment. However, these interventions are typically evaluated with the so-called Knee Adduction Moment (KAM), which has recently been criticized because it does not provide a direct link to the cartilage load. The aim was, therefore, to study the subject-specific effect of gait modifications and lateral wedge insoles (LWIs) on the stresses in the medial tibial cartilage by combining musculoskeletal (MS) modelling with finite element (FE) analysis.
A full lower extremity MRI and a detailed knee MRI were taken of the subject’s knee. Subsequently, the bones and most soft tissues were segmented from images, and the generic bone architecture of the MS model was morphed into the segmented bones. The subject’s gait was recorded in a gait laboratory, walking normally, with 5° and 10° LWIs, toes inward (‘Toe in’), and toes outward (‘Toe out wide’) and imported to the MS model. The output forces from the MS model were then used as input in the FE model of the subject’s knee. During stance, LWIs failed to reduce the medial peak pressures apart from insole 10° during the second peak. Toe in reduced peak pressures by −11% during the first peak but increased them by 12% during the second. Toe out wide reduced peak pressures by −15% during the first and increased them by 7% during the second. The results show that the work flow can assess the effect of interventions on an individual level. In the future, this method can be applied to patients with KOA and ongoing work in this respect will be shown during the webcast.