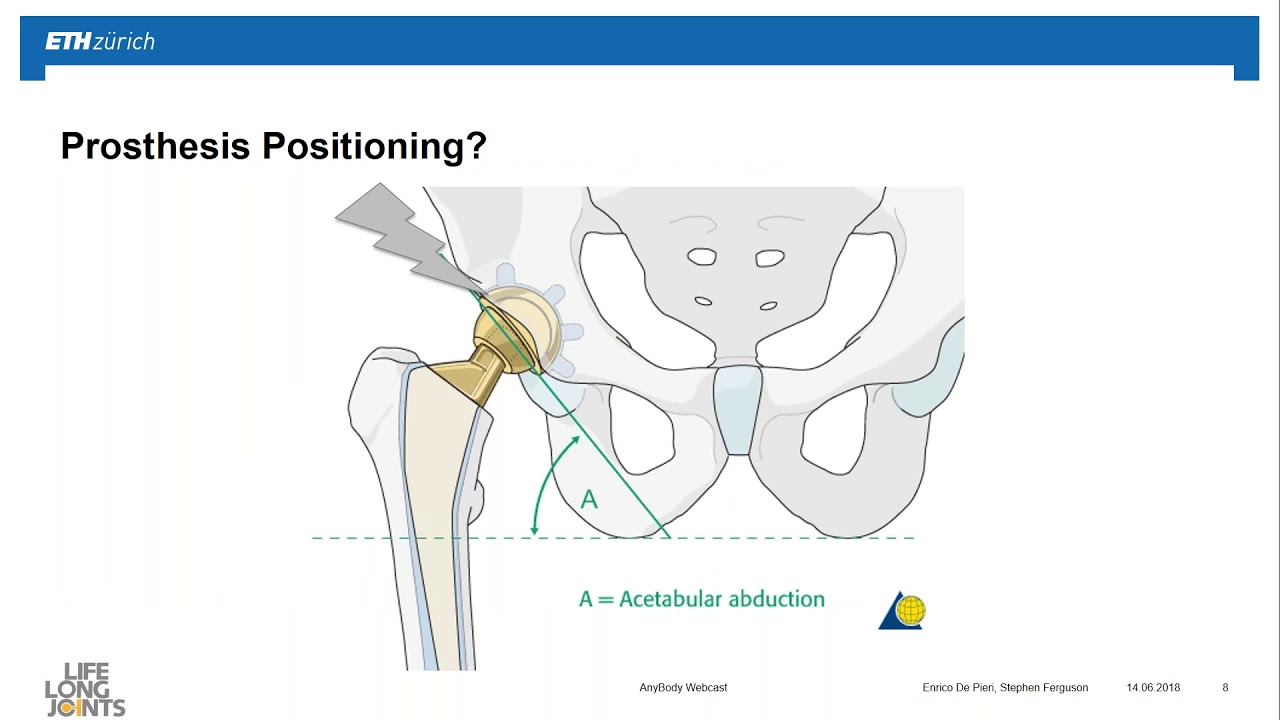 In this webcast, Prof. Stephen J. Ferguson and PhD candidate Enrico De Pieri from ETH Zürich will show their work to model hip joint loading with the aim to predict wear in hip implants. The work is part of LifeLongJoints, an EU funded project with the scope of investigating new coating materials and testing methods for joint replacement.
You will hear about the overall objectives of modelling wear in hip implants from Prof. Ferguson, while Enrico De Pieri will show the improvements of the TLEM2 model from the AnyBody Managed Model Repository and its results in predicting hip loads.
You will also be guided through the pipeline of processing a dataset of 130 patients performing a variety of activities of daily living and have the opportunity to see some of the initial results depicting the variability in the loads that the hip implants have to withstand. These models are based on the open dataset, which was presented in the April webcast by researchers from the University of Leeds and the Leeds Teaching Hospitals Trust. As part of this webcast, we are releasing the model used to process the hip joint loads. It will allow you to run the analysis yourself as new data is released into the open dataset created for the LifeLongJoints project at the University of Leeds.
More background on the LifeLongJoints project and details on the Leeds data set can be found in the April webcast.
LifeLongJoints received funding from the European Union’s Seventh Framework Programme (FP7/2007-2013) under Grant Agreement no. GA-310477 (The LifeLongJoints project, ).